Eye of the Fox: The ReadyNAS Rescue?

A caustic view of the IT industry through the eyes of
Barry Fox, (Fellow, International Moving Image Society) 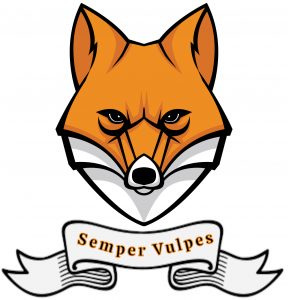 Which way do you lean?

Tested Technology’s epic series on FreeNAS (now called TrueNAS, as if things weren’t confusing enough already) set me thinking. Manek repurposed a decade-old computer for his project. I understand Bidmead is about to do the same thing with some different kind of NAS. The question is: Do you hang onto old equipment on the principle of make do and mend, waste not want not—or junk stuff at the first sign of problems?

We know where the younger generation stands, on this. It’s why there are over 80 million discarded phones gathering dust in the UK.  And why Apple can go on releasing new iPhones every year (it feels like every week), with barely discernible improvements, other than cosmetic tweaks. Which is in turn why so many trendy iPhone owners have cracked screens; they haven’t wanted to hide the cosmetics in a drop-resistant case.

Tech-ignorant parents are led by their only slightly more tech-literate offspring, so hand over a credit card when assured that one-year old kit no longer works because it is a year old. It’s the modern equivalent of leaving it to the kids to set the VCR (if anyone remembers VCRs).

Just for a laugh, try asking an in iUser how they connect to a printer, or make an offline back-up. A back-what?

Boring old Oldies are, of course, far more likely to try and make legacy hardware and software work, and undo the damage done by the Windows 10 updates which no-one at Microsoft now seems to check before unleashing on us. Win 10 has become a new challenge-and-reward computer game.

It’s at this point that Mac users start to gloat. Think twice, before you sneer. Apple has now extended its iObsolescence policy to Macs, with the latest OS upgrades knocking out 32-bit programs—without hint of a compatibility warning during installation or any roll-back rescue option.

But, hey… the onset of recession is bringing making do and mending back into fashion. The TV programme The Repair Shop dramatises the excitement of making old gear look and work like new—albeit without any mention of how much time the restoration took and how much it would cost in the real world.

The real challenge in making do and mending, I have learned from recent experience, is knowing when to admit defeat and irrevocably dump.

In the North London block of flats where I spend time, the entrance lobby has a shelf nick-named FreeBay. Any resident throwing out anything that’s half-way to useful leaves it on FreeBay for anyone else to take. Not long ago someone left a top-end Miele vacuum cleaner. I grabbed it and saw immediately that all the filters and chambers were stuffed solid with muck. I brushed it out, washed the filters, and was rewarded with a good-as-new Miele worth several hundred quid. The owner probably also junked their car because the ash trays were full. 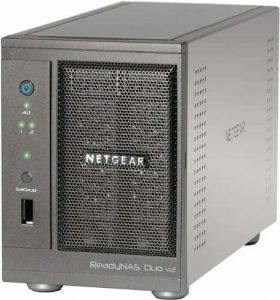 I should have quit while I was ahead. The next appealing chunk of hardware to appear on our Freebay was a Netgear NAS, a two-bay ReadyNAS Duo, model number RND2150. There was of course no manual and the online help available was not very helpful. But—in a reckless whiff of enthusiasm generated by recent Tested Technology adventures—I snaffled it to try with my own home network.

Several weeks on I have plugged a lot of gaping holes in my knowledge of networking, got a part-working NAS that serves music and movies round a house—and fully understood why the previous owner threw it out.

*This is par for the computer industry, of course. Home PC hardware and software with the destructive power of a megaton bomb (e.g. all too easily exposing bank details to hackers) are sold like bags of sweets for peanut prices by Saturday morning shop staff. If there are any instructions they only make sense after the user has learned to manage without them.

Setting up a Netgear NAS requires—obviously— hard drives. I had a number of old unused spares knocking around, of various capacities (modest hundred of gigabytes that now seem antique against today’s tens of terabytes) and tried them one by one. Strangely, a Western Digital Caviar that works flawlessly with Windows 10 refused to perform at all in the ReadyNAS. The PDF manual, still available online, refers to a drive compatibility list but the link no longer leads to this, reminding me that this particular model has been long forgotten by the manufacturer.

I also needed Netgear’s RAIDar software. An old version, suitable for the ten-year-old old ReadyNAS Duo, is still available—and runs on Windows 10. The basic set-up with RAIDar was relatively easy, but only after I had worked out for myself how to do it*.

The first major obstacle I hit after working out how to use RAIDar to set up the NAS, was the stubborn failure of a Windows 10 PC to ‘see’ it. Puzzlingly, a Mac laptop on the same network had no such problems. The reason, revealed after much Googling and some help from Tested Technology Towers, is that in its default state Windows 10 no longer recognises the now deprecated SMB1 (First Generation Server Message Block Protocol) network file sharing protocol that this old Netgear NAS relies on. The Mac laptop is less discerning (or, from my point of view, more accommodating). 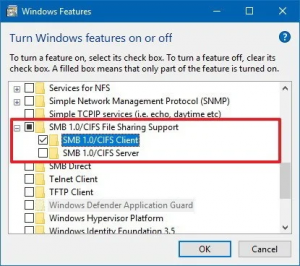 More Googling and assistance from Tested Technology HQ unearthed a rather complicated method of using command line DOS instructions to make Windows 10 handle SMB1. This failed. But I Googled on and eventually discovered how to enable SMB1 with Windows Control Panel: click on Programs and Features, go to Turn Windows Features On or Off, and check the box for SMB 1.0/CIFS File Sharing Support (Common Internet File System).

Bingo!. I was rewarded with a NAS that can be ‘seen’ by a Mac, Windows 10 PC or TV or Set-Top Box that supports media networking.

Setting up the NAS to share its files around the home network, so that movies and music play, exposed more gaps in my knowledge.

Largely, and in the absence of any clear and basic guide for idiots like me who weren’t born with Divine Knowledge of the principles of shares, I resorted to iterative trial and error—looking to see what default folders the wretched thing created when reset to factory conditions (with a paperclip, see below), then finding which of those folders let me copy in movie and music files, clicking around with the unexplained RAIDar share settings and finally finding which of the filled folders let my PC and TV play something meaningful. 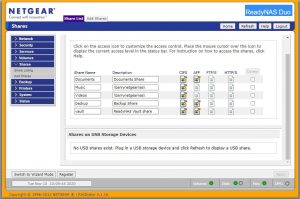 Oh, how I would like to meet—and throw mud pies at—whoever in Netgear created the UI and wrote its instructions.

Finally, my seemingly endless Googling and trial and error experimentation rewarded me with a system that shares entertainment across my LAN.

At this stage of the game, the NAS was working with one hard disc, with the option to fill the second drive bay and protect against drive failure by using what Netgear calls X-RAID. It actually has little to do with RAID (which Tested Technology describes here better than I ever could) but uses the second drive for error checking, based on a system known as parity (also explained in the link above).

Sadly, my many attempts at installing various second hard drives (formatted, unallocated and RAW) failed to add parity protection. Tested Technology HQ tells me that for this to work, the parity drive needs to as large or larger than the data drive.

I drew the line at buying new drives to follow this up. Hardly necessary—the NAS is only sharing out copies of content which is safely stored on other drives, so who cares if the NAS drive fails. And, in any case, this old ReadyNAS still needs to justify its existence to my satisfaction.  Among many quirks is its refusal to reboot after a new drive has been added. Fixing this involves resetting with a paperclip—a process that sometimes works and sometimes doesn’t, apparently because removing the paperclip is very time-critical.

You’ll have gathered by now that this little project, doubtless educational, falls short of being a success to write home about. There’s worse to come. 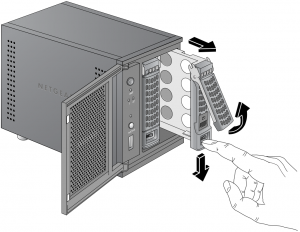 Covid permitting, I’m by nature a traveller. I commute by train between town and country and if happier times return I hope to resume international travel. One much-touted feature of the ReadyNAS and of NASes in general, is the ability to share their content not just around the house but across the Internet. Whether you’re here, there or elsewhere, your NAS can always find you.

The big, apparently unsurmountable hurdle and end-of-story deal-breaker, turns out to be that making the NAS accessible from outside the home network is now a Norwegian Parrot. Netgear used to offer a remote access software system called ReadyNAS Remote, but they seemingly grew tired of this and, in September of 2017, replaced it with an “improved” service called ReadyCloud.

This requires a more modern operating system for the NAS, beyond the capabilities of my ReadyNAS RND2105. Worse, the hardware/software registration system which ReadyCloud relies on no longer works for the old hardware.

Fair enough; this is ancient kit by PC standards. There may be some other way of accessing the NAS without relying on Netgear’s infrastructure. Tested Technology HQ has suggested Tonido, but frankly I can’t face heading off down a new rabbit warren of fixes. Now is the time to quit while ahead and just make notes on how to set up a NAS sharing system from scratch. That way, the next time I find a discarded NAS on Freebay, it should be a whole lot easier to get it up and sharing, or dump in a bin after a first quick check.

Alternatively I could just ship it off it to The Repair Shop TV programme. That should keep them busy for a while.