That’s just about as much as I remember from my Public School Latin. I do know that the verb “amare” means “to love” and it’s the root of our word “amateur”. I remembered that because I want to say something here about “amateur programming” versus “professional programming” and the applications they each give rise to. 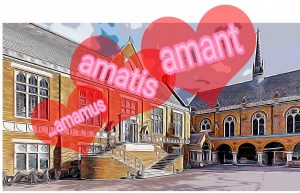 Most of the applications you buy or that come with the hardware you’ve paid for are the work of professional programmers. Experienced in writing efficient code that makes the most of the hardware, they knock out yards of the stuff every day, usually in teams.

The programmers tend to work in tiers, with lead architects at the top and possibly desk-loads of galley-slaves in the decks below.

The architects will have talked to customer-facing, often non-technical, company representatives who can feed back in a very general way what the customers say they need, or think they need.

This tiered structure is characteristic of older, larger corporate-style software and hardware vendors. But many of the apps you download—especially for your phone—paid-for or not, may come from much smaller software companies. Smaller companies can write good software too. Particularly if they’re verging on the amateur.

Amateur software of the kind I’m thinking about may be different from the picture the phrase conjures up in your mind. Understandably, as “amateur” is so often a term of disparagement. “Gerald wants to be an actor but he’s only an amateur” is an unambiguous put-down that suggests that much as Gerald fancies the profession and envisions himself rising to stardom, he’s unskilled in the art and unimpressive in performance.

But the word “amateur” doesn’t mean that. Gerald loves the work he does on stage. He may not be very good at it now but he’s not doing it for the money or the potential fame. He’s doing it because he loves it. It’s that devotion to the craft that will lead him (or perhaps not) to full accomplishment.

Why are so many open-source software projects, so many small applications for your phone or your desktop, impressively excellent? And what makes what often seems to be the majority of proprietary software, so-so and rather tiresome to use? I think in many cases the key is in that word “amateur”. 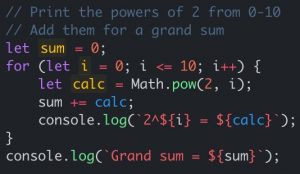 It’s not so much that these coders love coding. In fact, they may not much love it at all. What they’re in love with is what the applications they write actually do.

Amateur coders use these applications themselves and they want them to grow to do everything that any user of the application might reasonably want. And to do it efficiently through an interface that reflects the underlying functions as faithfully and as transparently as possible.

The good amateur programmer, in the sense I’m using the word, will also love to hear from fellow users of the software and will respect their feedback, fixing bugs, ironing out quirks and adding features where appropriate. Over the course of my forty years using and writing about IT, I’ve swapped emails with dozens of such application developers and nearly always been impressed by their responsiveness.

Why am I telling you all this?

A particular case in point triggered this present opinion piece. WordPress, the mighty structure of open-source code that Tested Technology floats on, has become too grand an institution to be called “great amateur software”, although I still tend to think of it that way*.

*WordPress certainly stems from those roots. Hacked together at the beginning of this century by young bloggers emailing one another across the Atlantic, lovingly burnished by enthusiastic constant use, the application rapidly grew to become—on today’s latest figures—-the world’s most popular content management system (CMS), driving one-third of all CMS Web sites on the Internet.


The WordPress help desk is manned by responsive staff each of whose job title—betraying a perhaps rather coy tribute to its origins—is Happiness Engineer.

But surrounding WordPress is a vast flotilla of largely amateur (in the sense I’m using the word) third-party coders writing plug-ins that each add specific features. One such plug-in, from India, is Nikhil Chavan’s Unlist Posts & Pages. This very handy utility allows us to share an article among the team for fact-checking before officially publishing it to our general readers. It’s a modest addition to the plethora of powers wielded by WordPress but it’s become indispensable to our workflow.

And after a recent WordPress update, it stopped working.

I’ve just checked the timeline. We emailed Nikhil at 5pm and within 10 hours received an acknowledgement and a promise to look into the bug. Five hours later Nikhil emailed back to announce that his plug-in was now updated with the bug-fix.

Nikhil is just one example among the many programmers who, to use the awkward industry cliche, “eat their own dog food”. Another is Kent Tessman, a screenwriter whose Fade In cross-platform scriptwriting app is up there with the very best. Kent likes to describe it as “professional”. And it is, in the sense that these days it’s come to be widely used by writers who make a living out of Hollywood. But there’s no question that it’s a work of love, lovingly refined by frequent updates, that leaves the legacy so-called “professional standard”, Final Draft, in the dust. Feature-wise, price-wise and every other-wise.

There’s also Keith Blount, a novelist who knew there had to be a better story-telling tool than Microsoft Word and taught himself programming to develop what has since become the writer’s mainstay research-draft-and-finalise writing application, Scrivener.

The list goes on, but you get the point. Attaining similar institutional status to WordPress, but still anchored in that amateur aesthetic, you could throw in Linux, Gimp, Audacity and an entire battalion of open source software; projects that started in most cases with one or two individuals but from a premise strong enough to attract a crowd of enthusiastic fellow programmers. I’d also want to include the not-quite-open-source UnRAID in the panoply of love-child applications. What makes UnRAID so good is clearly the fact that the folks who wrote it and keep on shining it up… actually use it.

Tested Technology aspires to be amateur in exactly the same way.

And to that end, we’ve changed our log-line from EXPERT REVIEWS OF CONSUMER TECHNOLOGY to something that better describes us.

Because we’re not “experts”. We’re explorers. We have a pretty good grasp of the territory behind us but that’s not the direction we’re facing.

And we don’t think of our readers as “consumers”. You’re not just passively gobbling up what the market has to offer, however the manufacturers choose to categorise you. Like us, you’re sniffing out the offerings, judiciously welcoming a few of them into your life. With the intention of getting the very best out of them.

At the top of the page you’ll see what we’ve come up with.

Putting together Tested Technology can be tough work. But we love doing it for you. Yup, we’re amateurs.