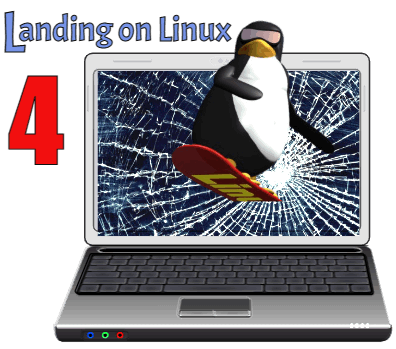 I hope you’ve had a chance by now at least to dip your toes into Linux using one of the “Live” iso distributions from a USB stick. I’ve suggested the latest version of Ubuntu, quaintly codenamed “Jammy Jellyfish” for this, in conjunction with Ventoy. But there are plenty of other Linux distributions to choose from and several other techniques for booting them from USB.

A live Linux installation behaves very much like the same distribution fully installed on your hard drive. Without persistence, you even have the advantage of a system that lets you safely browse the Internet without risk of viruses or trojans. You may pick them up, but, like your browsing history and cookie data, they evaporate when you shut down the system.

A live, non-persistent installation will still allow you to access whatever’s on your drives, whether on the work machine or a NAS. This might be a very advantageous way to work generally, were it not for the fact—as I mentioned in the last part—that each time you boot you’ll have to reinstate parameters like your WiFi credentials, your keyboard configuration and so forth. Not to mention having to redownload apps that aren’t included with the original ISO. 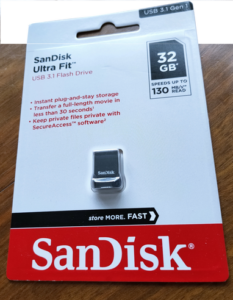 Adding persistence means that changes you make, including the addition of new apps, will be permanent. Data you store locally will still be there when you reboot. Running everything off a USB stick that needn’t cost more than a fiver (like the SanDisk 32GB UltraFit I recommend) is a very viable way of working. Among other things, it means you can carry your whole working desktop, with its data, in a device the size of a thumbnail and run it from any compatible machine you light upon.

There are just a couple of snags I’ve come across with running from a USB stick:

So sooner or later you may want to take the plunge and replace whatever you’ve been running on your main machine with the contents of the Linux USB.

As you’ll have gathered, we’re pretty gung-ho for Linux here at Tested Technology. We think the argument for being able to run your own operating system on your own hardware is overwhelming.  And this will become even more evident as the two major alternatives increase their monitoring of what you’re up to and even (as in Microsoft’s case) start slipping advertisements into your workflow.

The Pros and Cons

But I certainly recognise that there a several valid objections to Linux. And some not so valid ones. If computer games are your main thing, Microsoft Windows is going to be your choice. If work insists on locking your laptop down you won’t even have a choice. There may be an accounting app your profession demands that tethers you to one of the big two. In situations like these you’re probably stuck with keeping one or other of the traditional incumbents around. 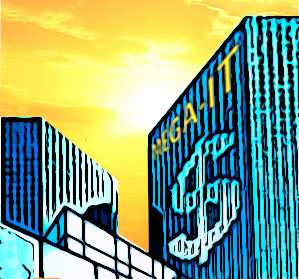 Then there’s the argument that even if none of these factors compels you to use Microsoft or Apple, the sheer size of those companies assures you they’re trustworthy, they’re going somewhere and they’ll be around forever. It should be clear by now that Linux is no flash-in-the-pan either. But if things go wrong with your Linux installation, there’s no-one to sue. That’s clearly spelled out in the disclaimer.

Windows is everywhere and you know where you are with it. MacOS is pretty ubiquitous too. There’s that shiny Genius Bar at the Apple Store if you need help.

The “locked in” problem has a simple answer we’ve already discussed: you can use a cheap USB stick as your side hustle. The legal insubstantiality of Linux should give you pause for thought. But think, too, of what would be involved if you had to sue Microsoft or Apple…

And then there’s the question of the user base and getting help when you need it. Linux turns out to be rather good at this. There are plenty of Web forums like linux.org and forums for the individual Linux distributions like askubuntu.com, and others. 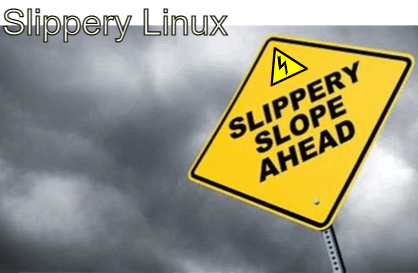 A serious objection to Linux is its amorphousness. One person’s Linux may look and behave utterly differently from another’s. Yes, you can tailor MacOS or Windows with different backgrounds and tweak other cosmetics. But with those two operating systems you can generally expect to sit down at another person’s machine and know how to use it. Somebody else’s Ubuntu, however, can completely floor another Ubuntu user. And there are even more fundamental differences across the different distributions.

This shapeshifting may look like a serious disadvantage to the herd. But it’s a gift to the individual. And it’s a clear example that while Windows and MacOS  will always belong respectively to Microsoft and Apple, your Linux really is yours. You choose the distribution that suits you best and then you can do pretty well what you damn well like with it.

A case in point. The new Jammy Jellyfish version of Ubuntu fits most of my needs, once I’d installed a few extra apps and deleted some not wanted on voyage*.

I get a wide choice of different themes for my desktop. But I found myself hugely bugged by the Alt-tab app switcher (much the same idea as in Windows and MacOS).

*(Ubuntu comes with a card patience suite called AisleRiot. The only patience I play is FreeCell, a somewhat mindless pastime unless you use the version included in KPatience. What rescues the KPatience version is an AI engine that warns you if you’ve reached a blind alley. This makes the difference in the middle game between an insoluble impasse and a puzzle worth your time unravelling.)

Whatever theme I chose, the travelling highlight was only very faintly distinguishable from the background. A trivial problem, but I was finding it deeply annoying. You’ll see from the picture above that the highlight—it’s on the second item from the left—needs to be punched up more.

Cosmetic features like this are normally very easy to tweak in Linux, which has inherited the Unix idea that the behaviour of elements of the system should be defined by human-readable and editable text files. Very often, Linux will provide a graphical user interface (GUI) to these definition files for convenient tweaking. But if not, you can dive into the command line to edit them directly.

*Cascading Style Sheets is a language widely used for describing the look of Web pages. The Gnome Desktop used by Ubuntu borrows CSS to handle much of its presentation of layout, colours, and fonts.

There’s much twiddling with the cosmetics of Jammy Jellyfish that you can do through the GUI, but this absurdly inept highlight turned out not to be one of them. I looked under the covers for a CSS*file to mess with but couldn’t find one.

One way to tweak the Gnome Desktop is to download extensions. One of these, ambitiously titled “Just Perfection” provides a GUI for making extensive cosmetic changes. Sadly, tweaking that dim travelling highlight wasn’t in the Just Perfection repertoire. But before I abandoned Just Not Quite Perfection I rooted around to see if it had its own CSS file.

And I found it!

It turns out that Just Perfection has its own, easily located CSS in its directory located under ~/.local/share/gnome-shell/extensions. In its stylesheet.css I eventually discovered this section:

I can’t pretend to understand everything that’s going on here. I made a backup copy of the whole CSS file and found by practical experiment that  background-color here actually means the colour of the travelling highlight. Changing this to something lighter (I chose silver), restarting gnome-shell (Alt-F2 and “r”), reformed the switcher from the picture above to the picture below:

Perhaps this new silver highlight is a bit on the bright side. But if I want to tone it down I can now make it whatever colour I want.

But We’re Into The Weeds, Aren’t We? 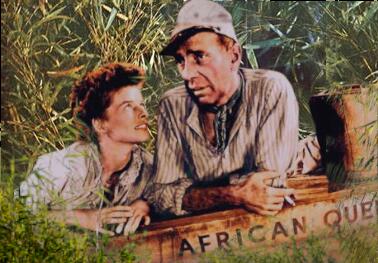 Somewhat. But I’m not suggesting you do this, or might even feel you need to do this. You certainly don’t have to and there are other ways in Linux you can choose to do things like switching between windows and apps. The important take-away is that if there’s something about your Linux that you feel needs fixing, it’s almost certainly fixable.

You’ll find that as you start tenuously venturing in—something that Linux makes it very easy for anyone to do, particularly with all the help available on the Web—the weeds tend to become marvellously manageable.

In the movie (a great movie, by the way) the rain drenches down, the river rises and the African Queen floats up off the mud and carries Katherine Hepburn and Humphrey Bogart out into the open lake.

The adventure (ours, not theirs) continues in part 5.