Tested Technology complemented Wileyfox hugely on its initial choice of the Cyanogen operating system. And we don’t take that back, even now that Cyanogen Inc, the operating system provider, has gone to join the Norwegian Blues (the name might have been a clue—it means “Blue Maker”, and also happens to signify a class of poisons).

When Wileyfox launched its first phones nearly two years ago, Cyanogen was an improvement on stock Android, and a clear advance on the bloatware versions of Android offered by many of the main smartphone manufacturers. Since then, though, Android has vastly improved, and phone makers have begun to realise that customers don’t necessarily relish subsidised adware locked into their operating system. Cyanogen Inc quickly withered and died.

With Cyanogen Inc gone, Wileyfox seemed to have the carpet pulled from under its feet.

Instead, it’s leapt back with a welcome surprise. 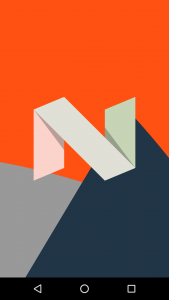 MOSTLY REALLY GOOD NEWS HERE. The failure of Cyanogen Inc towards the end of last year could seriously have damaged Wileyfox’s marketing position. And coming on top of Brexit’s inevitable hiking of import costs might even have closed down the company completely. But having only slightly missed its own defined deadline for a Cyanogen replacement, Wileyfox has delivered a finely honed, lightly tailored version of the very latest Android, version 7.1.1.

Nougat, as this 7.x iteration of Android is nicknamed (and I plead once again with our cousin’s across the water to recognise that this is a French word with a silent terminal “t”), polishes up the previous Marshmallow in a number of ways, many of them subtle.

The biggest change is in the way the operating system handles applications, a streamlining that combines two very different techniques employed in previous versions.

Android applications are mostly written and delivered in Java, a computing language which generates intermediate code that has to be crunched down into executable code before the processor can deal with it. Marshmallow used AOT (ahead of time) compilation to transform the Java, which is why on first booting up you saw the “Optimising” message with a long wait as each application in turn was converted.

The previous version of Android, KitKat, waited until you wanted to run the program before crunching it down, turning the bytecode into executable code on-the-fly. Engineers call this JIT (just in time) compilation.

Java is a computer language that produces bytecode rather than code that can be directly executed by the processor. This allows multiple devices with very different processors to run Java programmes as long as each device has its own version of the Java runtime, a system app that knows how to turn the bytecode into executable code.
AOT runs the app more responsively, but with delays each time the app is updated as the bytecode is recompiled. It also requires extra storage space to retain the recompiled executable.
JIT avoids precompilation, saving storage and time whenever an app is updated. However, compiling and running the code at the same time makes the processor work harder and is a bigger drain on the battery.
Nougat now cunningly combines AOT with JIT, aiming at a best-of-both-worlds runtime that avoids the painful “Optimising” delay, saves storage space and goes easy on the battery when apps are running. Booting is very much faster, applications run more smoothly and the battery lasts longer.

The once respected Swype has waylaid a crucial feature, the ability to do capitalisation on the fly. No joy trying to get a response from Swype about this. Swype’s Twitter account seemingly died last summer, so I’m fast switching between Swype and Google’s own GBoard app (using the new keyboard icon, see above), with a view to adopting GBoard permanently.
We covered some of the new Nougat features in the Tested Technology review of the Huawei Mate 9, my personal favourite being the double tap on the Recents button. Another very handy addition is the appearance of a keyboard button to the right of the Recents button whenever you have more than one virtual keyboard installed.

The operating system only adds this to the navigation bar when a keyboard is popped up for text entry. It’s a useful shortcut for switching between keyboards, particularly when updates to your long-time favourite keyboard start letting you down (see box).

As my friend and colleague, Douglas Adams used to say: “Designers will continue to improve a product until it becomes unusable”—Maxwell’s 2nd Law of Thermodynamics (updated).

Stock Nougat has no icon to switch from the Desktop into the Apps Drawer. Instead, to reveal the Apps Drawer all you have to do is swipe up from the bottom of the screen.

There’s a brilliant lucidity about this that makes me very optimistic about the future of Android. After all, on the Desktop, icons represent apps. The Apps Drawer isn’t an app, it’s notionally something underneath the Desktop. The upward swipe is very like opening a roller-top desk. Nicely done, Nougat.


The Desktop is where you parade the apps you use most frequently, together with widgets that make various kinds of data directly visible. The Apps Drawer is for holding all your apps, and any app can simply be dragged from here into the Desktop for readier access.

Earlier versions of Android put an App Drawer icon on the Desktop. It’s not there in stock Nougat.

Less nicely done, however, Wileyfox. One of the company’s minor tamperings with Nougat has been to replace the standard launcher with one of its own, called Foxhole. Foxhole takes over the Desktop and the App Drawer with a replacement interface you may well like, but I’d be only too happy to switch off. But it won’t switch off.

Foxhole puts the Wileyfox icon back in the Desktop Dock where, as with the earlier Cyanogen implementation, it’s used to open the Apps Drawer. This certainly helps smooth the transition for Wileyfox’s customers, but Foxhole really needs to be optional, not mandatory.

I became even more convinced of this on discovering that Foxhole is glued to another non-optional “feature”,  Zen, from the Swiss company, Yandex. Renamed “Wileyfox Zen” for the present purposes, this is an aggregating newsfeed that purports to use artificial intelligence to tune itself over time to your personal tastes.

Missing from Wileyfox’s services is a user forum. The company has been discussing the possibility of this for some time. However, it is listening to feedback from its customers. Responding to users’ objections, Wileyfox will be making Foxhole and Zen removable in the next update of the operating system.
As Foxhole and Zen are welded into the operating system, you don’t get a chance to remove them, which qualifies them as bloatware.

I wasn’t prepared to give Zen time to share my personal tastes. In part because of the adverts it pushes onto the Desktop (Like Google, Zen tunes these to your personal proclivities by keeping an eye on your browsing history), but mostly on account of the densely packed terms and conditions “agreement” you’re automatically signed up to when the thing is activated. And “activation” happens any time you swipe from left to right across the Desktop screen.

However, until the next Wileyfox update comes round (see yellow box) there’s a neat workaround available. An alternative launcher called Evie is available free of charge in the Google Play store. By disabling Foxhole and running Evie instead you banish Zen and restore stock Android swipe-up access to the Apps Drawer. Recommended.

Breaking News: On the 12th of May Wileyfox issued its promised security update. This fixes the Quick Charge 3 reporting problem, helpfully announcing “Charging Rapidly” when QC3 is in operation. Although it doesn’t make Foxhole removable, the menu brought up by long pressing on any empty space on the Foxhole desktop now includes the option to deactivate Zen.

Notifications (which you can pull down from the top of the screen) are now bundled together when they’re from the same app.  For example, all your incoming email alerts will appear in the same alert card. And without having to switch into your email client, you can now inspect the individual emails inside the Notifications system, expanding them one by one and even replying or deleting them on the spot. 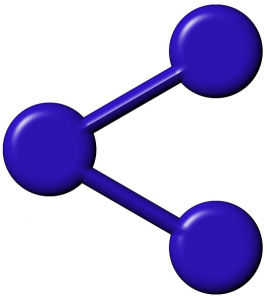 Sharing in Android derives from an old UNIX idea that apps should be able to pass on data from one to another without explicitly having to save the data between each handover. Most Android apps are able to share like this with most other Android apps that would find the data relevant.

But this flexibility creates a minor problem. When you hit the share button you may be presented with a large bunch of possible share candidates, having to hunt among them to find the one you need.

With Nougat you can now long press on a share candidate to pop up a menu that allows you to pin that app to the top of the share list.

The new operating system features, combined with the very slick industrial design of the new Swift 2s, make these smartphones a real joy to use. But we haven’t covered everything yet, and I’ll be rounding up some of our other findings in part 3 of this extended review.