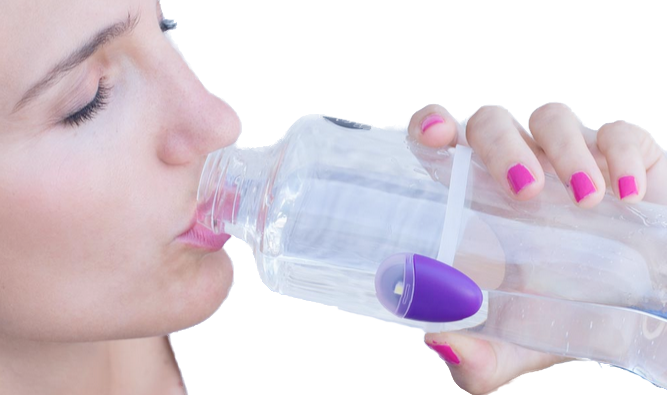 I’VE TAKEN THE TITLE from Ulla’s own Website. This gadget is actually nothing to do with “SmartWater”,  which is a cunning proprietary liquid you spray on criminals at a crime scene so you can identify them later. The Ulla is probably better described as a smart reminder to drink water.

Why would you need it? The truth is, you shouldn’t. Eons of evolution have tuned our bodies towards a thirst mechanism that should kick in just often enough to keep our hydration level optimal. But although most of us believe in evolution as a theory, when it comes to practice we’re happy to ignore just about everything it’s taught up. The really big lesson of evolution is that if you don’t learn from it, you don’t survive.

And the big lesson of civilisation is that you can fool evolution most of the time and still get by. Good luck with that.

An expanding neoprene band attaches the Ulla to any water bottle.

The Ulla folks hail from Slovenia, a country that is largely forest, nurtured by a dense network of rivers and said to be the most water-rich country in Europe. They have a message for the dehydrated masses: The human body is roughly two-thirds water. Water’s a crucial part of the design: it carries nutrients around the body, it helps us get rid of waste, it lubricates and shock-absorbs our joints; it’s a fundamental ingredient in muscle activity; and of course it’s essential to the body’s temperature control system. And most of us these days don’t drink nearly enough of the stuff.

And we wonder why we have headaches, why we’re tired, why life isn’t quite as much fun as it should be.

The little Ulla device, shield-shaped and about the size of a child’s watch, was designed with the help of members of the University of Ljubljana, the capital of Slovenia and the home town of the two company founders.  Their proposition was simple: to create as uncomplicated a gadget as possible, something that anyone could understand and use without the fuss of having to pair with Bluetooth, be driven by a phone app, or even be regularly charged from the mains. The goal was to get users drinking water throughout the day without having to make changes to their daily routine.

The Ulla comes with a separate translucent neoprene ring that will stretch to fit around practically any water bottle. Once you’ve hooked the Ulla onto this ring and pulled out the plastic tab that keeps the battery disconnected during distribution, the device is primed and ready to go.  Now, whenever you pick up the bottle and tilt it to drink the tiny white LED will wink in acknowledgement. If you don’t drink from the bottle at least once every half hour, the white LED will flash energetically to draw your attention.

And that’s basically it. A timer, a motion sensor and a single LED. Oh, and it also has temperature and light sensors. No user-accessible parameters (the designers say they did extensive research to optimise the hard-wired program), no Internet connection to maintain, no beeping to annoy colleagues and no need to keep an eye on the battery level — the replaceable CR2032 button battery will run for 6 months.

Of course, the neoprene ring fits just as nicely round a can of CocaCola. According to the “Hydration Tips” provided by scientists at the European Hydration Institute: “…having available a variety of beverages may result in people drinking up to 50% more liquids than if water only was available…”

Oh, but wait… You probably need to know that the EHI is funded by none other than CocaCola itself, which, according to a recent Times newspaper report has spent £4.86m over the last five years setting up the scientific-sounding institution. Yes, there are real scientists there. But whether they’re able to do real science under that shower of CocaCola cash is an open question.

My view? The Ulla is for water: Volvic, Highland Spring, Badoit (my favorite), Pellegrino, Evian, what have you. Or just fill the bottle with tap water. 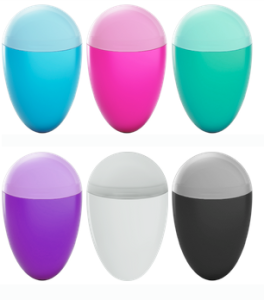 The Ulla comes in a choice of six colours and costs $29.99 (around £20 sterling) including two batteries.  There’s a 30-day money back guarantee and a one-year limited warranty. If  you’re in the UK and you buy it direct from the Ulla Web shop they’ll send it with no postage charge.